Over the past five years, Americans have become much more concerned about climate change, and they want more reporting from us on local impacts and solutions. 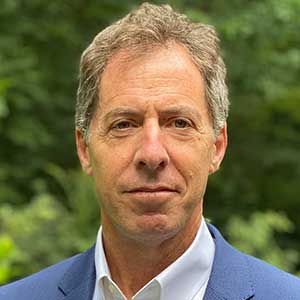 Most Americans have long accepted the reality of climate change, but they mistakenly saw it as a distant problem—in time (2050 or 2100, but not today), in space (Bangladesh, but not Boston, or my town), and in species (polar bears, but not people). The reality of global climate change, as made clear in the 4th National Climate Assessment, is that it’s causing a variety of harmful impacts in every region of America.

An audience segmentation analysis called Global Warming’s Six Americas has shown that, over the past five years, the number of “Alarmed” Americans has doubled, while the number of “Doubtful” and “Dismissive” Americans have decreased. The notion that America is a nation divided about global warming might be true of elected representatives on Capitol Hill, but it is not true of the public at large--because about 8 out of 10 members of the public accept the reality of climate change, or are inclined to accept it.

Surprising to many people in the news business, only about half of Americans say they see stories about climate change in the media once per month or more frequently, and only about one quarter of American say they see climate stories in the media once per week or more often. Also surprising to many is how many Americans say they are interested in reading or watching various types of news stories about climate change, especially about its local impacts and about climate solutions; only about 2 out of 10 American adults say they aren’t interested in climate stories.

There are differences from community to community in people’s views about climate change, but the differences are not as large as many people assume. The Yale Climate Opinion Maps are a useful resource for journalists to understand the climate views of people in their community.