Extreme and dangerous heat will overtake the Pacific Northwest this weekend and early next week.

Extreme and dangerous heat will overtake the Pacific Northwest this weekend and early next week. Locations in Oregon and Washington will challenge all-time record highs, with temperatures edging above 100° in Seattle, and likely over 105° in Portland. Interior locations east of the Cascade Mountains, like Spokane, will soar to near 110°.  In many cases, temperatures will be 25-30° above normal. See forecast highs from the NOAA/NWS National Digital Forecast Database.

Below are some resources to cover this historic heatwave 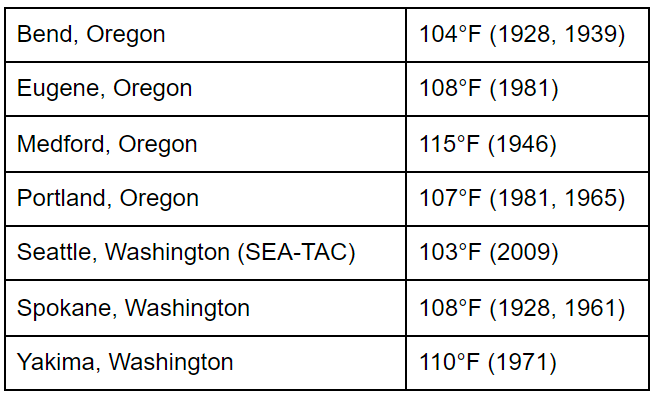 There is a strong and direct link between extreme heat and climate change. In a warming climate, extreme heat is happening more often and lasting longer.

Extreme heat is the leading weather killer. This is especially true in climates that are not accustomed to it.