Human-caused climate change strengthens the heaviest downpours. More than 70 percent of the planet’s surface is water, and as the world warms, more water evaporates into the atmosphere. That additional moisture makes heavy rain heavier,increasing the risk of flooding. This year, extreme rainfall has devastated communities from California to Tennessee. In the Midwest, flooding has caused billions of dollars of damage. (While ice jams, snowmelt, and levee failures have worsened the flooding, heavy downpours haven’t helped.)

Floods are especially common on the rainiest day of the year — the single calendar day with the most measured precipitation. So Climate Central tracked how those wet days have changed over time in 244 U.S. cities.

79 percent saw their rainiest days get even wetter since 1950. And in 32 cities, the average precipitation on the year’s wettest day has increased by an inch or more. Houston, Texas tops the list with an increase of 2.78 inches — even without recent flash flooding. Though an extra inch of rain may not sound like much, consider that most rainy days fail to deliver an inch of precipitation in the first place.

One-inch storms are also happening more often: the national frequency of 1”, 2”, and 3” storms has markedly increased since 1950. As most individual cities observe similar trends, threats of flooding are spiking upward. 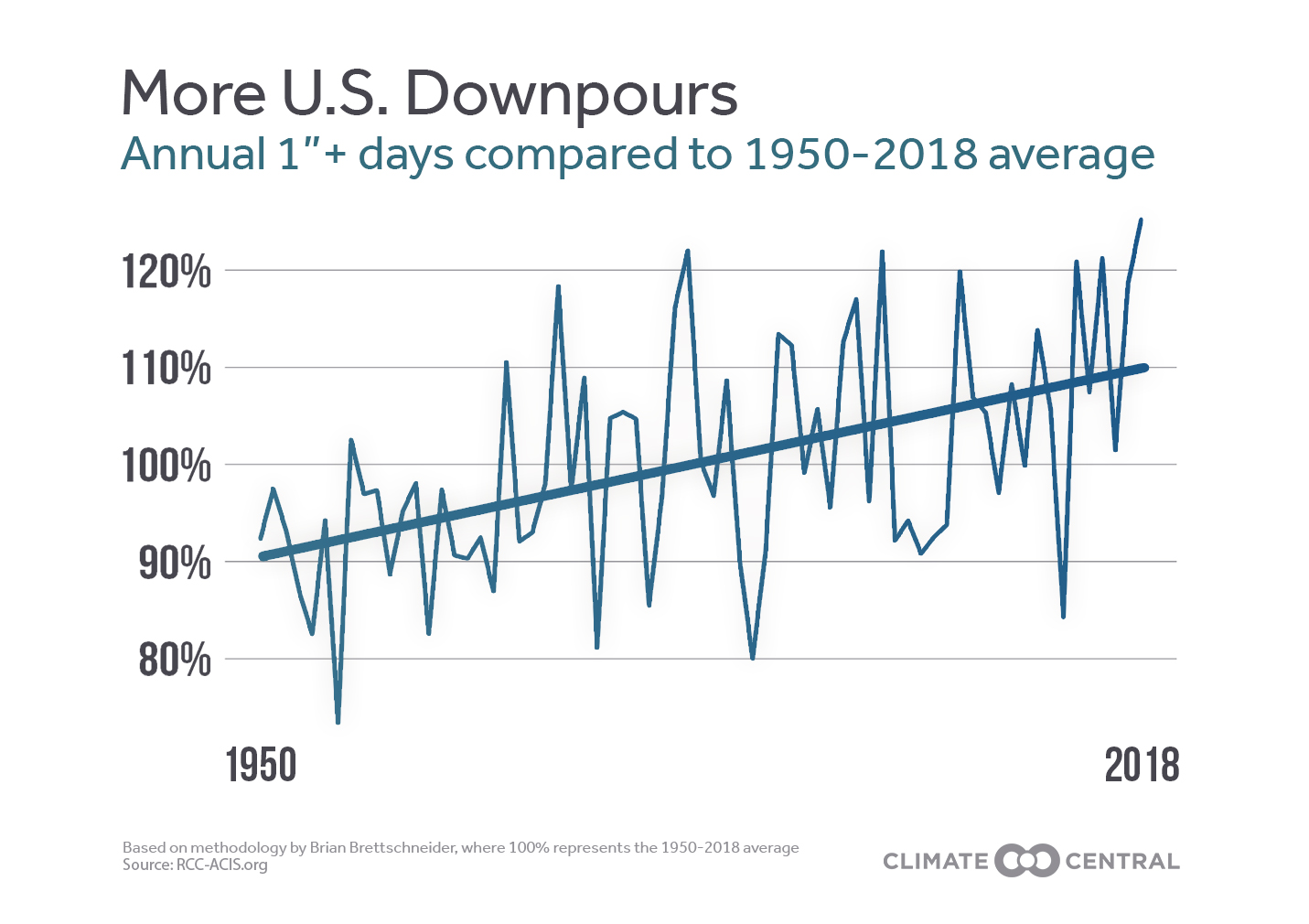 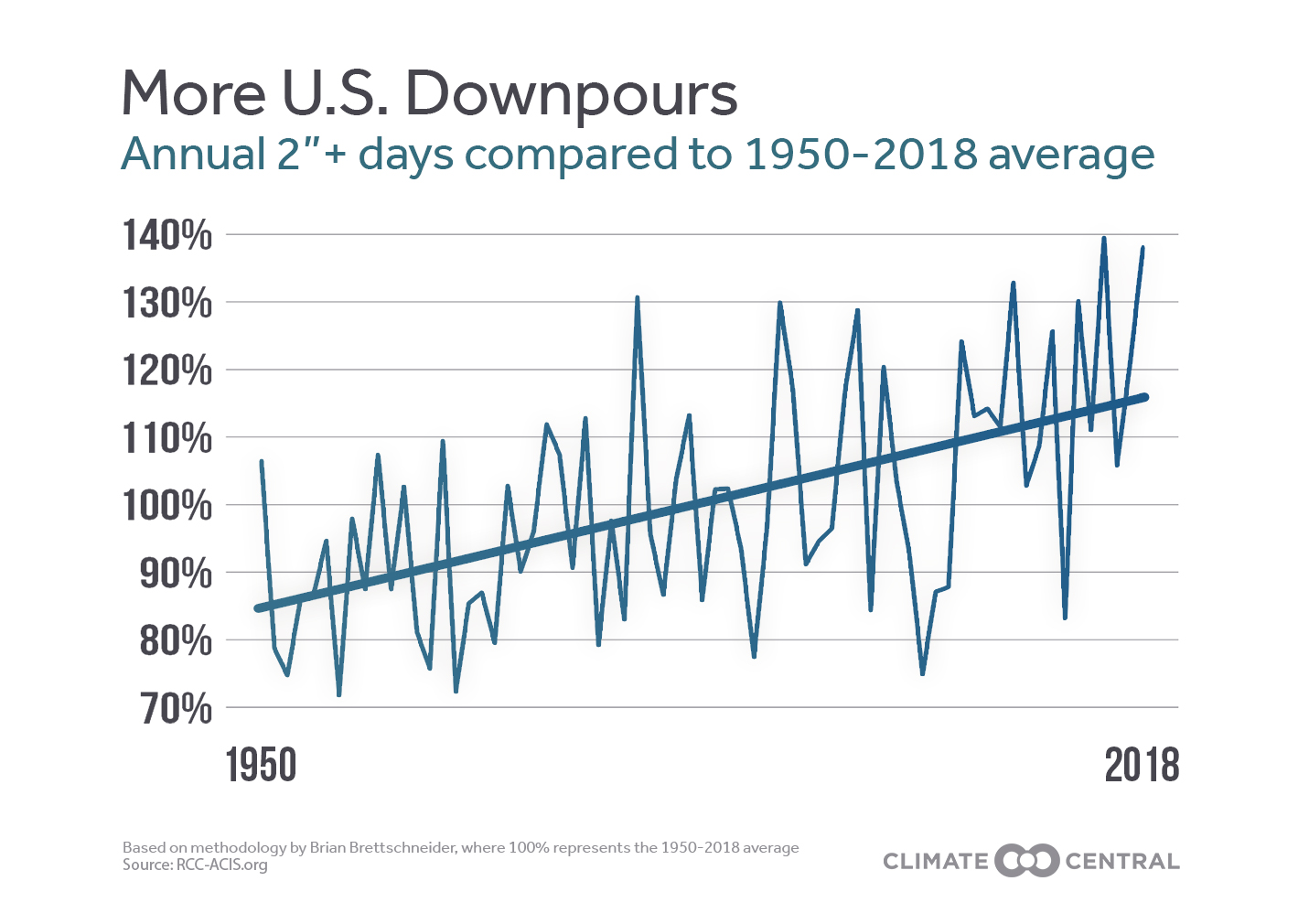 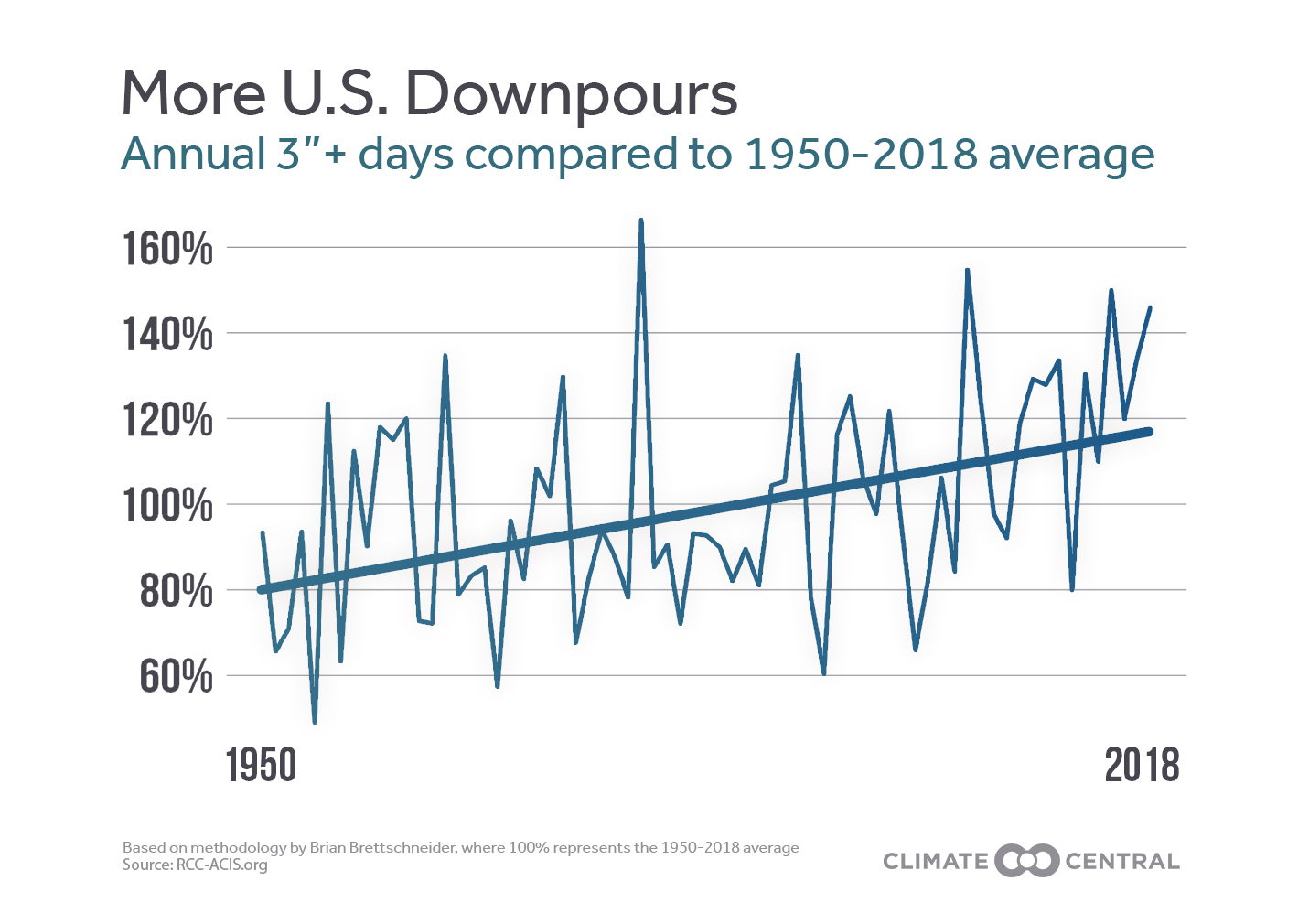 Those costs range from damaged crops to public health risks: among other things, heavy rain can cause sewage overflows and create conditions more conducive to disease-carrying mosquitoes.

Methodology: Using data from the Applied Climate Information System, Climate Central identified the calendar day each year with the highest precipitation for each station. Trendlines are based on a mathematical linear regression. Trends in one-, two-, and three-inch rainfall analyses are based on a methodology from Brian Brettschneider, a climate researcher at the University of Alaska Fairbanks. Climate Central's analysis includes 244 stations. However, for data summaries based on linear trends, only 242 stations were included due to large data gaps in St. Johnsbury, Vermont and Wheeling, West Virginia.

The number of days with heavy precipitation is increasing in most locations in the U.S.

The number of days each year with extreme rainfall is, on average, increasing in every region of the U.S.