As the U.S. population ages, more seniors are living in coastal communities than ever before—census data shows the coastal population over 65 went up by 89% from 1970 to 2010. But living near the coast comes with increased risk for seniors from coastal storms. In Hurricane Katrina in 2005, more than 70 percent of deaths were people over age 60, even though they represented just 15% of the population (CDC).

Climate Central used its proprietary Portfolio Analysis Tool to screen for potential coastal flood risk to nursing homes and assisted living facilities in Florida, New Jersey, Texas, North Carolina, and South Carolina. In thirty years, Florida is projected to be the hardest hit, with a 67% increase in the number of units potentially exposed to flooding. Assuming the facilities are at capacity according to their number of licensed beds, at least 5,900 residents would be exposed in 91 facilities by 2050. Of the beds affected, 23% are projected to be in facilities subjected to frequent or chronic flood threats. Projections show potential serious impact in New Jersey, as well, with more than 700 licensed beds in facilities exposed to frequent or chronic flood risk by 2050. These numbers represent a very small fraction of the overall number of facilities and residents in these states, but point to the need for preparedness from coastal flooding by facilities and local emergency managers. 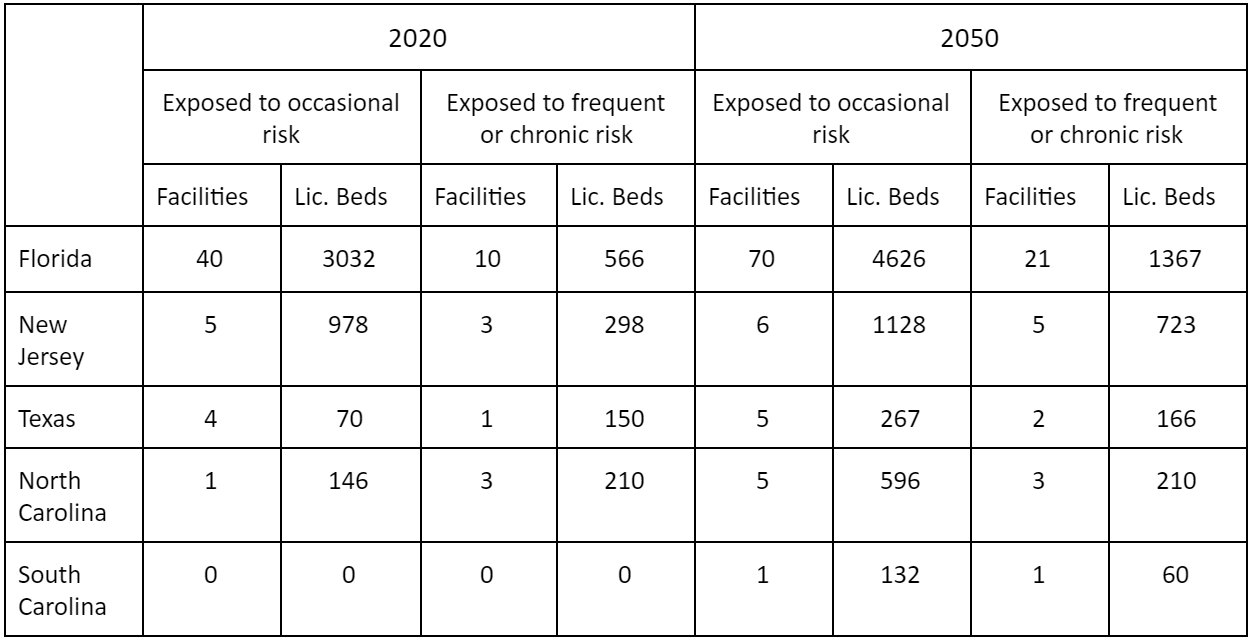 Research from the National Institutes of Health shows that evacuating elders from nursing homes and assisted living facilities can cause more harm than good. In some hurricanes, the difficulties and stresses of moving vulnerable older adults has caused more deaths than the actual storms.

Sea level rise is accelerating and by the end of this century it will be between two and seven feet higher than it is today.  Higher sea levels mean that devastating storm surges push farther inland than they once did, and nuisance or “sunny day” flooding occurs more frequently. NOAA estimates chronic or fair-weather flooding will be from 300% to 900% more frequent within different U.S. coastal communities than 50 years ago, causing expensive destruction of property and infrastructure, and disruption to daily lives.

What senior facilities are at risk of coastal flooding near me?
You can look at the coastal flooding potential of any location using Climate Central’s Coastal Risk Screening Tool. The National Center for Assisted Living (NCAL) has a state policy section that provides information on state regulatory issues and data.

How is coastal flooding impacting the communities and infrastructure in my state?
Climate Central’s Risk Finder tool allows you explore the populations, properties, and infrastructure at risk at various water levels. And our Coastal Risk Screening Tool allows users to view U.S. and global coastal locations threatened by sea level rise and coastal flooding both now and decades into the future. The Pew Charitable Trusts has compiled research on local flood mitigation efforts around the country, and the National Conference of State Legislatures collects resources on state level actions on flood issues.

What is being done about flooding in coastal communities?
Check out the work being done by Coastal Resilience, a public-private partnership effort that includes USGS, NOAA, the Nature Conservancy, and several academic institutions. The Association of State Floodplain Managers (ASFPM) has a number of links to resources and research on its coastal issues page. And Georgetown’s Adaptation Clearinghouse has a coastal section that includes tools, planning guides, funding programs, and other resources.

The SciLine service, 500 Women Scientists or the press offices of local universities may be able to connect you with local scientists who have expertise on sea level rise near your coastline. The American Association of State Climatologists is a professional scientific organization composed of all 50 state climatologists. And you can find experts on seniors through AARP state offices around the country. 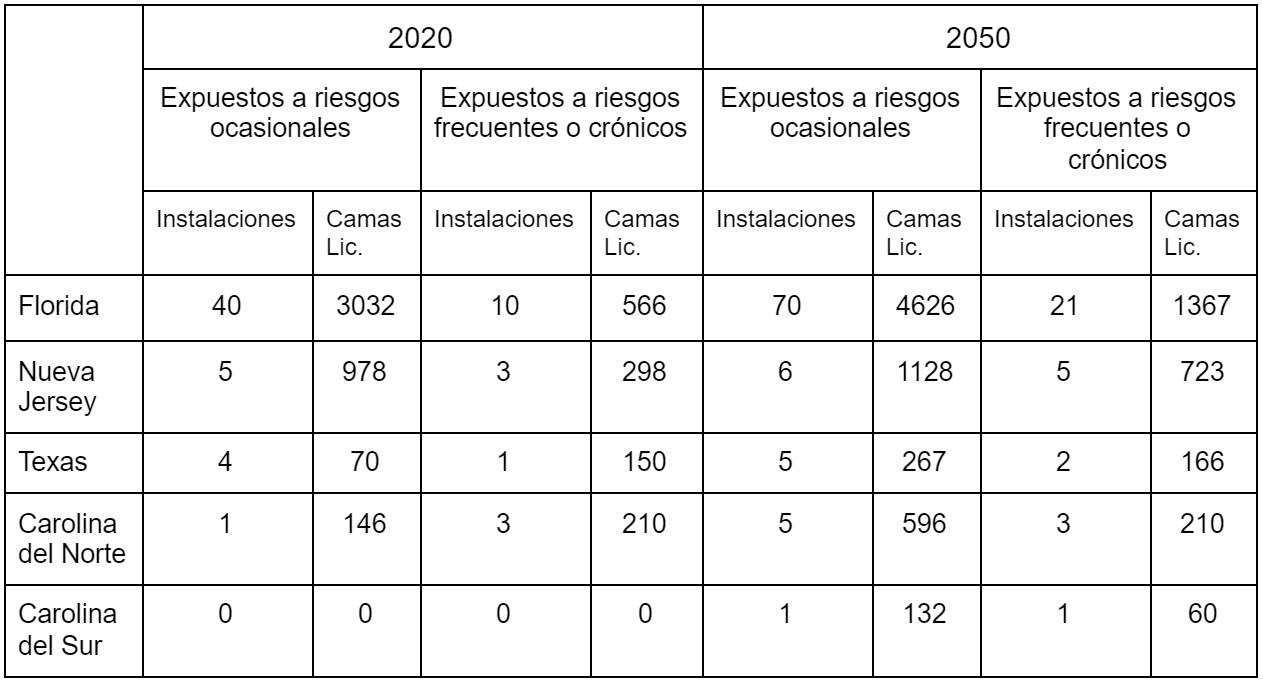 As sea levels rise, coastal flooding is happening more often and in more places at once.

A new Climate Central report examines how heat and a warming climate endanger the health of an aging U.S. population, a threat made even more worrisome during the COVID-19 pandemic.