Arctic ice loss is leading to a reinforcing heat spiral. 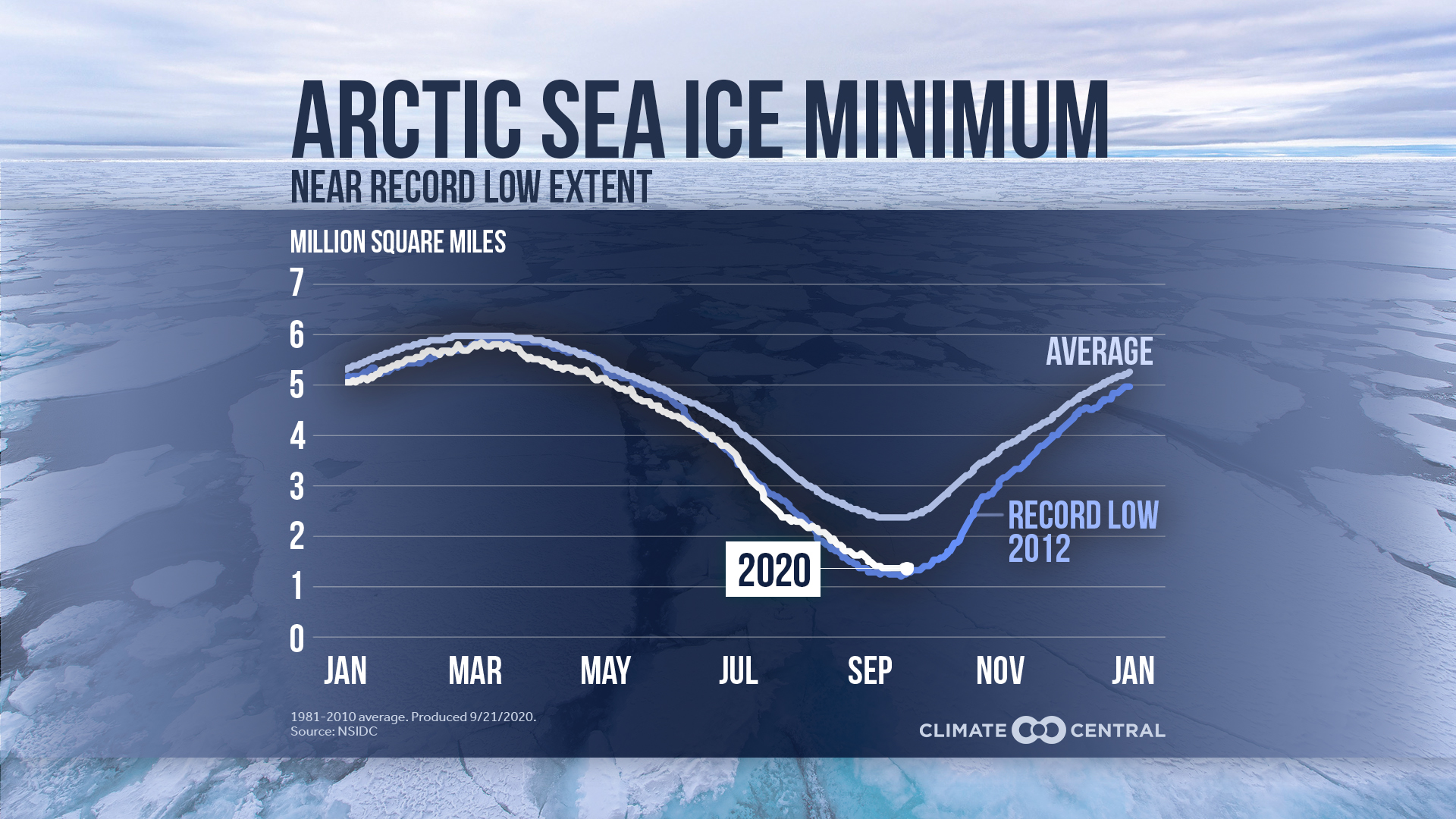 JPG: WITH Title • WITHOUT Title

PNG: WITH Title • WITHOUT Title

Arctic sea ice likely reached its minimum extent for the year, 1.44 million square miles, on September 15. The 2020 minimum is the second lowest in the nearly 42-year satellite record according to the National Snow and Ice Data Center (NSIDC). That extent is about 46% of the area of the 48 contiguous states. A Siberian heat wave began this year’s Arctic sea ice melt season early, and with Arctic temperatures 14°F to 18°F warmer than average, the ice kept melting.

Arctic ice loss is leading to a reinforcing heat spiral. When ice melts and exposes the open ocean, the darker ocean surface absorbs more heat, which then leads to more ice loss, continuing the feedback loop. This contributes to the Arctic regions warming twice as fast as the rest of the planet.

Arctic sea ice will soon reach its minimum extent for 2019—the 18th year in a row below average.