Even in a warming world, there will still be snow. But the amount of snow and when it falls is already changing. Snow cover across the Northern Hemisphere and North America are both declining, on average, with the decreases most pronounced in spring and fall. However, snow may be heavier in places where it is still cold enough to snow since a warming world also comes with more evaporation, leading to more intense precipitation.

There are regional patterns to the changing snowfall. Lake effect snow is expected to increase in the short term as the Great Lakes remain ice free longer, but by the end of the century, a warming atmosphere will likely decrease the annual amount of lake effect snow. Also, more precipitation is falling as rain instead of snow in lower elevations of the West and other parts of the country. 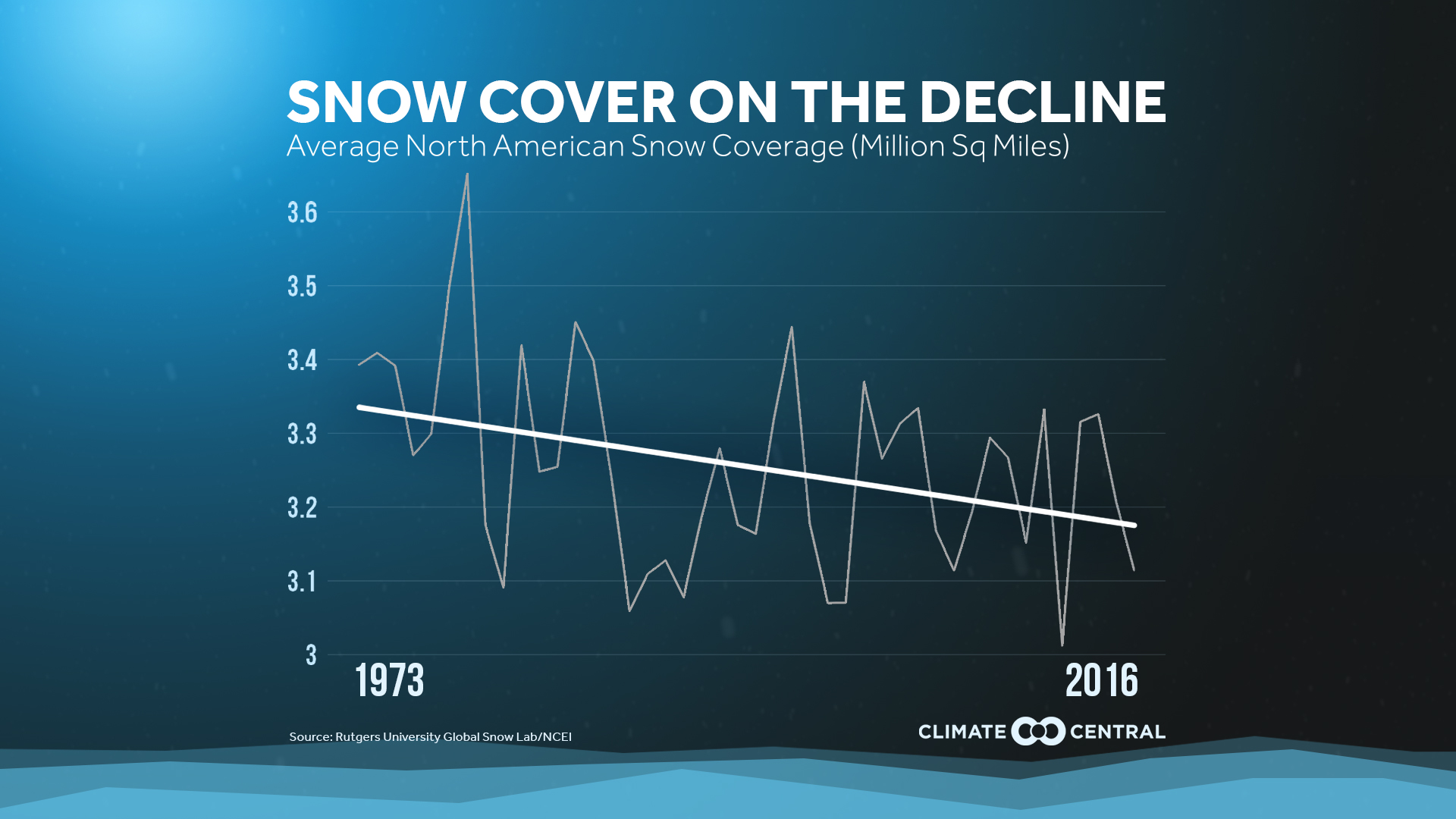 Sea ice extent, while changing seasonally and not contributing to sea level rise, is also on the long-term decline. In the Arctic where the annual extent reaches its minimum at the end of the summer, its September extent is declining at a rate of 13.2 percent per decade. Also, multi-year ice is thinning, which is the sea ice that survives the summer melt season. Older ice comprised about half of the Arctic sea ice in the 1980s, while it is now less than 25 percent. In the Antarctic, where geography limits the amount of multi-year ice, sea ice extent has decreased in recent years after peaking earlier in the 2010s.

Winter Is Losing Its Cool

We're seeing fewer and fewer cold nights across the U.S. Details on the trend and why it matters with Climate Central meteorologist, Sean Sublette.

Glaciers all over the world are melting, which could lead to severe consequences for global temperature and for our water supply. Here's Bernadette Woods Placky with the reasons for the ice melt

The Arctic Ocean is heating up faster than anywhere else on earth. Meteorologist Bernadette Woods Placky explains why.

Earlier snowmelt means no more slipping on ice or shoveling driveways, right? That may be true, but it can also have devastating consequences.

Even though snowpack in Western states was up in 2016, snowpack is still trending down across the region. Sean Sublette explains.

The Influence of Arctic Warming on the Jet Stream